The assigning of symbolic meanings to colors is probably as old as symbolism itself. To cite but one set of examples from the practices of an ancient people: The Egyptians, those ancient masters of symbolism to whom the investigator of the symbols used in Masonry first looks for explanations of those symbols, made use of colors in their hieroglyphics to convey certain definite ideas, each color being expressive of certain conceptions.
In ancient Egypt, color was an integral part of the substance and being of everything in life. The color of something was a clue to the substance or heart of the matter. When it was said that one could not know the color of the gods, it meant that they themselves were unknowable, and could never be completely understood. Each color has for its purpose the teaching to the Mason of a valuable moral lesson or the calling of his attention to some historical fact of interest Masonically, certain of the colors serving both purposes at one and the same time. Colour is a fundamental element of masonic symbolism. It appears in the descriptions of aprons, sashes and other items of regalia, in the furnishings and wall-hangings of the lodge room for each degree or ceremony, in the robes worn in certain degrees, and in many other masonic accoutrements. It was early recognized that colours have a strong influence on the mind and therefore can be employed for certain moral or aesthetic ends, through symbolical, allegorical and mystical allusions. Newton wrote of ‘the sensual and moral effects of colour,’ where sensual must be understood as ‘transmitted by the senses.’
Red or crimson, the colour of fire and heat, is traditionally associated with war and the mili-tary. In Rome the paludamentum, the robe wom by generals, was red. The colour of blood is nat-urally connected with the idea of sacrifice, strug-gle and heroism. It also signifies charity, devo-tion, abnegation–perhaps recalling the pelican that feeds its progeny with its own blood.

In Hebrew, the name of the first man, Adam, is akin to red, blood and earth. This connection with earth may explain, perhaps, the connection of red with the passions, carnal love, the cosmet-ics used by women to attract their lovers. It is the colour of youth. Generally, it represents expan-sive force and vitality. It is the emblem of faith and fortitude and, in the Royal Arch, of fervency and zeal. It has also a darker side, connected with the flames of hell, the appearance of demons, the apoplectic face of rage.

Color Symbolism and Color Meaning in The Bible

There is a diverse use of the color red throughout the Scriptures. Its primary associations are blood and war. Note that references to the Red Sea have been omitted.

Crimson is used to describe fine materials and sin. The dye was extracted from the dried body of of the insect coccus ilicis; qirmiz (orkermes) as transliterated in Arabic. (Also see scarlet)

Scarlet was the distinctive colour of the Order of the Golden Fleece, established in 1429 by Philip the Good, Duke of Burgundy (1419-67). Not only was the mantle scarlet, but also the robe and a special hat–the chaperon–with hanging streamers.

And the woman was arrayed in purple and scarlet colour, and decked with gold and precious stones and pearls, having a golden cup in her hand full of abominations and filthiness of her fornication:
And upon her forehead was a name written, MYSTERY, BABYLON THE GREAT, THE MOTHER OF HARLOTS AND ABOMINATIONS OF THE EARTH.

And the ten horns which thou sawest upon the beast, these shall hate the whore, and shall make her desolate and naked, and shall eat her flesh, and burn her with fire.

The prophecies of the Book of Revelation are as awe-inspiring as they are mysterious. In the twelfth chapter we are told of a great red dragon. The horrifying specter of a blasphemous and bloody scarlet coloured beast is conjured up in Revelation 17. A strange, hideously evil woman, a harlot, sits atop this fearsome beast and guides its bloody path. In the sixteenth chapter we find that the way of the kings of the east is prepared as sinister forces of war are massed in Armageddon. And the ten horns which thou sawest upon the beast, these shall hate the whore, and shall make her desolate and naked, and shall eat her flesh, and burn her with fire.

One of the most common characters to appear in Illuminati-based movies is the  LADY IN RED. This character represents the WHORE OF BABYLON, an entity, or power structure described in the last book of the bible, Revelation. This character, similar to the anti-Christ, has repeating character attributes. She is associated with the colors Purple and scarlet ( scarlet being red with a hint of orange ), sorcery, finances, and trading.

According to the bible, the WHORE OF BABYLON is the present power structure on the Earth before the arrival of “The beast.” After his arrival, “the beast ” strips the whore naked, and burns her flesh. What the bible seems to be relating is that one evil power ( “the beast” ) will arrive and crush another evil power ( The whore of Babylon ).

This is another powerful Gnostic symbol. It is also another title for Mary Magdalene. In the ‘Guide to Meditation’ published by the Gnostic Magdalene Church, describes a ritual to provide union with the goddess Mary Magdalene as : “This is a basic self-initiation and meditation with St. Mary of Magdal, Our Lady in Red.” p. 34

LADY GAGA’S SONG JUDAS
With much hype, controversy and media anticipation Lady Gaga’s video for the song “Judas” debuted for millions of views ( it can be viewed here). The mega pop star sought to shock the world with her song “Judas” an ode to the disciple who betrayed Jesus Christ and for thirty pieces of silver agreed to help have Jesus arrested and unlawfully executed. In the video Lady Gaga plays Mary Magdalene, a disciple of Jesus Christ in the Bible. However in the video, Mary Magdalene is in a romantic relationship with Jesus and is caught in a love triangle between Jesus and Judas and ultimately chooses Judas. Both the relationship between Mary Magdalene and Jesus, along with the elevation of Judas are hallmarks of Gnosticism.
As Gaga starts her dance number she is in a red outfit. According to Gnostic Magdalene Church in addition to being the consort of Jesus Christ, the Lady in Red has two other roles:

Gaga is achieving both by her repeated use of symbols and lyrics that are indoctrinating her fans into the occult and mystery religion. Today the Lady in Red is successfully getting millions of people in their homes, dance clubs and cars all over the world to sing of their love for Judas, one of the most evil people in Christianity. Pop Culture in general has lowered the bar for morality at a rapid rate, whether it is its celebration of criminal behavior, violence and sexual immorality. This is part of a great spiritual infiltration.

In The Matrix, this woman does not even have a name. She is just called “The Woman in Red.” And her sole purpose was to distract the hero Neo and lure him back into the deceptive excitement of the Matrix.

“The Matrix is a system, Neo. That system is our enemy. When you’re inside, you look around, what do you see? Businessmen, teachers, lawyers, carpenters. The very minds of people we’re trying to save, but until we do, these people are still a part of that system and that makes them our enemy. You have to understand that most of these people are not ready to be unplugged. And many of them are so inured, so hopelessly dependent on the system that they will fight to protect it. Were you listening to me, Neo? Or were you looking at the woman in the red dress?”
“She doesn’t talk very much, but if you’d like to meet her, I can arrange a much more personalized meeting.”(From the Matrix Movie)

In the film ‘The Devil’s Advocate’, Keanu Reeves (there he goes again) plays a lawyer who is unwittingly offered a job to work for a man who is actually Satan. Connie Nielsen in this film plays the Lady in Red who was sent by Satan to seduce Reeves into to working for the Devil by committing adultery with her.

“SUPERMAN III” AND LADY IN RED

Lady in Red sitting on top of Lady Liberty.

“THE OTHER SIDE OF THE MIRROR” BY STEVIE NICKS

This album cover for “The Other Side Of The Mirror” by Stevie Nicks. Clearly we have more duality symbolism here with the masonic style checkerboard floor pattern and “Lady in Red” sitting on top of it.

“In Mirror Mirror the evil queen is played by Julia Roberts

Lady Gaga appears dressed all in red, with her face completely covered in red. She is basically a walking, talking blood sacrifice. It represents the aftermath of fame, the hellish life that follows the sacrifice, the selling of the soul for success in the music industry.”

Norma Jean Lollis Hill (February 11, 1931, Oklahoma – November 7, 2000, Dallas, Texas) was a witness to the assassination of U.S. President John F. Kennedy in Dallas, Texas on November 22, 1963. She was known as the “Lady in Red” because of the long red rain coat she wore that day, as seen in the Zapruder Film. She was portrayed in the film JFK by Ellen McElduff.

She was present along with her friend Mary Moorman across from the grassy knoll, and was one of the very closest witnesses to President Kennedy when the shots were fired at him.

“THE WOMAN IN A RED DRESS” BY GEORGE MENDEL

In this 1940’s cartoon “The Woman In The Red Dress” by George Mandel, even death changes his mind about challenging the goddess.

Even the original historical “Isis” is commonly depicted as a “Lady In Red”, while the hieroglyph for sirius features a 5 pointed star. 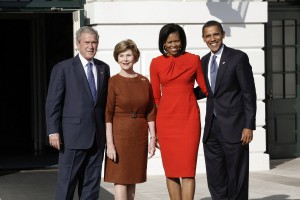 Seems as “dualing” Mary’s in the bible, one depicted as the virgin mother, the other depicted as a repentant “whore” at the feet of jesus during the crucufuxion