The ‘Thin Blue Line’ is a reference to what is keeping society peaceful and functioning. In literature it means that there is only a thin blue line holding society together, the line between order and chaos, who are the officers in blue. When used in reality, it’s a symbol of support for law enforcement.

It began in the UK as a way to pay respect for fallen police officers and has since spread to its former colonies, Canada and the United States of America. April Killingsworth works in Texas as a manager of a printing company and she wanted to find a way to voice her support for law enforcement and encourage other people to do so as well. 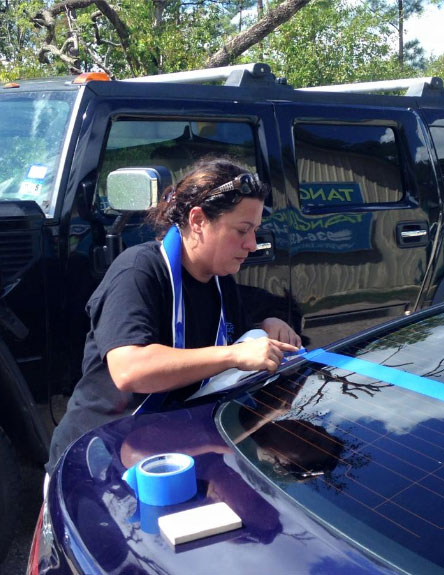 She was familiar with the thin blue line symbol, and what it meant. She decided to put a piece of blue masking tape on the back of her car. This was her way of thanking the police officers that take care of her community, but also showing support for them.

There is no denying that tensions between law enforcement and the communities they police were at an all time high this year. There were a lot of fatal shootings of unarmed black men by police officers and, undeservedly so, this painted the entire profession and those in it in an unfavourable light. April wanted to show the police officers in her community she supports them. 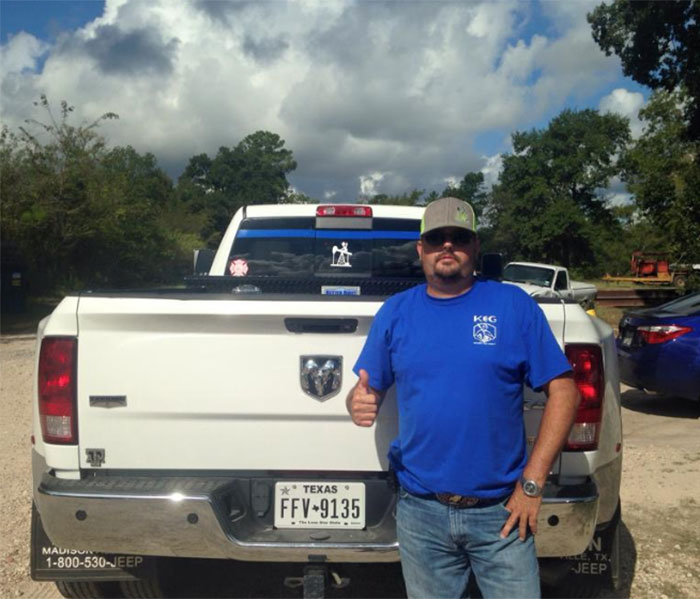 In doing so, April posted a picture of her blue-taped car on her company’s Facebook, imploring her friends and family to do the same and come get one. The post ended up drawing a lot more attention than she had anticipated.

She spoke to ‘KTRE News’ and said: ‘When we first posted it, it was kind of a sporadic thing that morning. I asked my employee to cut a few blue stripes and he asked how many and I told him five. We’ll be lucky if five people even show up.’ Well she got a much higher response than she had planned for. It must have been a great feeling for April in seeing the support for law enforcement and having her community respond too, and rally around her. 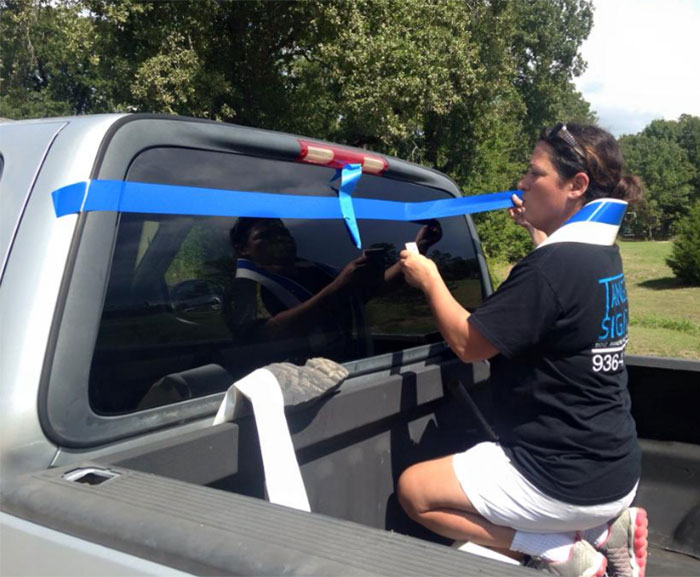 Local people showed up, as well as people from all over Texas. ‘It was unbelievable. I made the turn and I was like, ‘oh wow look at all of this!’ I had to fight to get into my driveway. I don’t even know how many stripes have been cut and stuck and given away. It’s insane,’ said April. 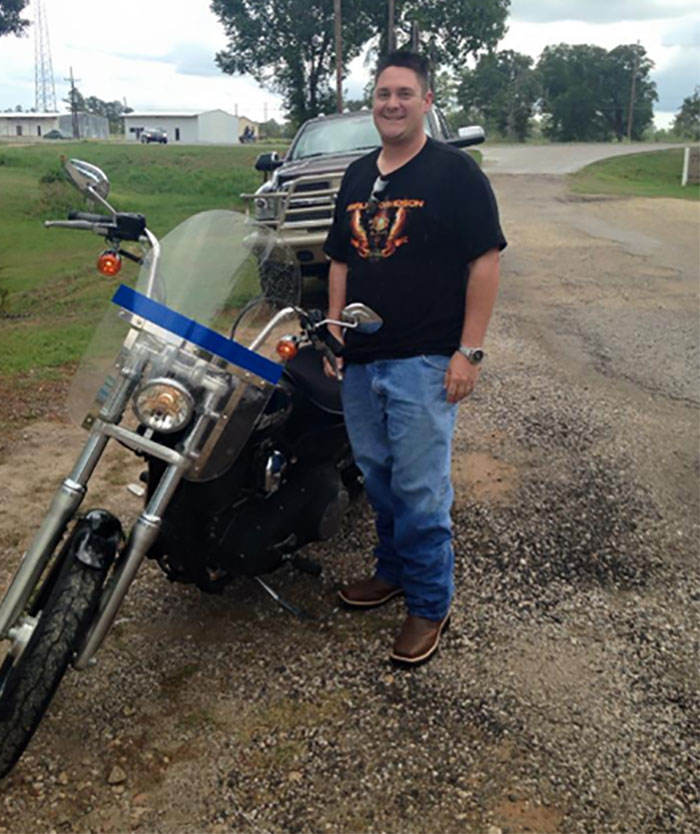