If you have not read my previous article about  “Blood Sacrifices For Fame and money” or my other article that relates to exposing the Illuminati occult that runs Hollywood called “Illuminati Symbolism in Music and Sport’s” . Also feel free to check out my 3rd post relating to the Eye of the Horus called” “Naomi Campbell’s House -Eye Eco House” you can read all 3 articles’s by clicking on their link’s.

In this article i will cover the origins of  “One Eye Symbolism” and how it is being secretly used  in plain sight  for the masses to see; but how many realize what it really  means?

“Woe to the worthless shepherd,
Who leaves the flock!
A sword shall be against his arm
And against his right eye;
His arm shall completely wither,
And his right eye shall be totally blinded.”
~~ Zechariah 11:17 ~~

It’s been said the eye is the window to the soul, which may explain why the symbolic meaning of eyes tends to be of a spiritual nature. In Christianity the Eye of God is depicted hovering over a tent which is symbolic of the Tabernacle – the temple of the faithful. The eye here represents the omni-present spirit of God peering into the soul of the faithful – even watchful over those who serve.

In Egypt  we see the Eye of Horus (a.k.a. the eye of Ra, and also referred to as a wedjatudjat In this context the eye is a symbol of protection and life. During his battle with Set, Horus’ eye was ripped out and torn to pieces. Thoth, however, was able to save the eye and restored it by invoking the magic of the falcon.

It’s interesting that in Egypt and Western occult traditions the left eye is considered a lunar trait and a symbol of northern direction. The right eye is a solar symbol and represents southern direction.

His eyes were said to be the sun and moon, with his right being the sun and the left being the moon. The reason the sun is brighter then the moon was supposedly because he injured his left eye in a battle with Seth after Seth, the god of chaos, murdered Horus’ father.

This represented the division of Egypt as two separate kingdoms at the time as well, each ruled by a different king because of various economic and military problems that the country was facing at the time. It is very rare to see the two eyes together, as they represented different times of day, and so one would be resting while the other watched over mankind, although there are rare examples of both eyes being seen together, which are said to have been able to see everything.

The EYE OF HORUS has a very specific meaning. The eye is represented as a figure with 6 parts. These 6 parts correspond to the six senses – Touch, Taste, Hearing, Thought, Sight, Smell. These are the 6 parts of the *eye*. The eye is the receptor of *input*. It has these six doors, to receive data.

The construction of the eye follows very precise laws. The senses are ordered according to their importance. And according to how much energy must be *eaten* by the *eye* for an individual to receive a particular sensation. All of the sensory data input is *food*.

In the Ancient Egyptian measurement system, the EYE OF HORUS represented a fractional quantification system to measure parts of a whole.

‘The All-Seeing Eye was representative of the omniscience of Horus, the Sun God’.—Magic Symbols, by Frederick Goodman, p. 103, Satanic symbols book

The All-Seeing Eye is used to represent the planet Sirius. Sirius is important to the Hermetic magicians, and some of the programmers are deeply into hermetic magic. Satan is said to come from Draco or Sirius, esp. the dog star Canis major.Masonic programming may well have the “blazing star” portrayed in the programming as a pentagram, with the name Sirius. Sirius may represent the Master, the creator of the system in some systems where the programmer is steeped in Masonic philosophy.

The symbol of the All-Seeing-EYE, has always been part of Earth’s creation mythologies and mysteries.

In Ancient Egypt, is was symbolized by the Eye of Horus.

The symbol was passed down, through the ancient mystery teachings and and can be found on the American dollar bill.

Why the symbol of the EYE?

The eye is the observer of reality – or the illusion of reality.

“All Seeing Eyes (Eye of Horus) – The single-eye shot represents Eye of Lucifer or Eye of Horus—in a pathetic attempt to duplicate Omniscience of God — also ubiquitous nature of their man-made tracking and surveillance. Left eye (=left path) clear vision, while right path is in darkness.”

The Eye of Horus symbol hides a secret message – in order to see the truth, one must transcend the duality of mind. This was the lesson of the Mystery Schools of Egypt.

In ancient Egypt, there was a school that taught disciples to communicate through telepathy, dominate the instincts and remember their past lives in order to learn from the past incarnations. It was called the Eye of Horus Mystery School and it had the All-Seeing Eye as its symbol.

“…the All-Seeing Eye, …to the Egyptian initiates was the emblem of Osiris, the Creator.”

“… His [Osiris] power was symbolized by an Eye over a Sceptre. The Sun was termed by the Greeks the Eye of Jupiter, and the Eye of the World; and his is the All-Seeing Eye in our Lodges.”- Albert Pike, Morals and Dogma of the Ancient and Accepted Scottish Rite of Freemasonry, pp. 15-16; 472

All-Seeing Eye, may represent G-d, but it is not the God of the Bible. It is a human eye indicating that man is god.”- J.R. Church, Guardians of the Grail: And the Men Who Plan to Rule the World, p. 165

The symbolism of Horus is especially of great importance in Freemasonry, as the path of an initiate through the Masonic degrees is described as the process by which the Eye of Horus is opened.

The Left Eye (the Eye of Horus, The Eye of Thoth, the lunar eye)

The Eye of Horus, also called the eye of Ra, represents a sign of power given to the wearer by the gods of the time. It can also be a symbol that you are protected from harm by the god represented in the eye, whether that be Horus or Ra. The Egyptian word for this symbol is Wadjet, which literally translated means god or goddess. Horus himself was the falcon headed Egyptian god that originally represented the sky, but also came to be recognized as the sun and moon god as well.
Why is Hollywood obsessed with the display of the single eye? One can not deny that the ‘one eyed’ symbol is all over the media. The ‘one eyed’ symbol is even seen as major architectural monuments, at pagan churches and on and on goes the list. The most note worthy of all icons would be the American $1 bill. The question you must ask yourself is why? Where does this one eyed symbol come from? Could it be less than coincidence the use of the ‘one eyed’ motif? Could the people who use this motif belong to a sect?
Today’s pop music culture is increasingly opening a window to The Mysteries. What Mysteries? The mysteries of ancient cultures, with a strong focus on the most mysterious of all – Egypt, Babylon and their symbolism.
Beyonce, Lady Gaga, Rihanna, Jayz, Kanye West and friends are currently at the top of the pop culture phenomenon which could be called the fame pyramid, looking out from the all seeing eye on their audience. One eye, gloves, baphomet, pentacles, Saturn, halo’s, pyramids, checkered floors are just some examples of the increasing use of symbols in music videos. These have been used before in the past by musicians, including the ultra famous David Bowie and Madonna. Recently they are becoming more prominent and frequent by pop-artists.
It’s a symbol that they flash in their videos and photoshoots.

Lady Gaga is famous for it. So is Rihanna. Beyonce and her husband Jay Z too, and countless other pop stars and actors of this new age.

That famous one eye symbol, or single eye look.

Some call it the triple six sign – the sign of the antichrist as revealed in the Holy bible’s book of Revelation.

1980’s pop favorites Madonna and Michael Jackson also flashed it in their early days of rising in the entertainment industry.

Furthermore, why do the artists who flash that sign – Rihanna, Lady Gaga and Beyonce – explore similar themes in their videos. Coincidence?

What does it mean and what do all these people have in common?

It’s often debated whether each individual music artist is consciously aware when thy are being asked to create these images. 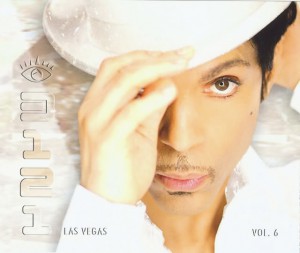 The constant and deliberate reinforcement of occult symbols in the media has the double effect of increasing their impact and also flaunting the controllers’ intent before their unwitting victims. But none of this is entirely secret, and it’s a feature of the new occultism that the signs are visible to those who can interpret them.Weirdness watchers will be only too aware that the occult has seeped into the media mainstream over the last few decades. The nexus of strangeness that was once high occultism has a history spanning many millennia, but over the 20th century it passed from being the exclusive preserve of (mostly English) eccentrics into a commercial media phenomenon. 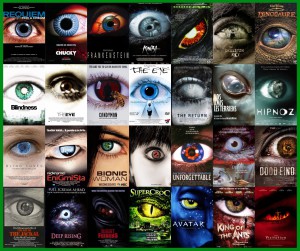 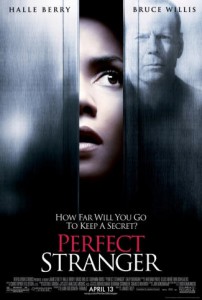 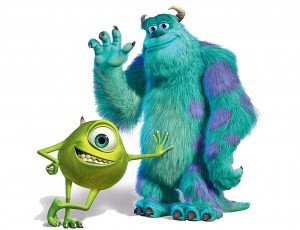 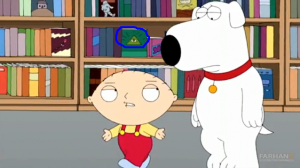 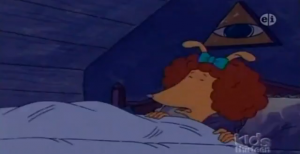 In 2002 in a campaign designed to “reassure” the public that the police the mass transit bus company, and the Mayor of London were teaming together to fight crime, display billboards suddenly sprouted all over London that disturbed people, not reassure them. Is it possible that people are more aware of the Satanic symbolism of the Illuminati than leadership has thought?

Attention Londoners: Big Bobby is watching. That’s the message of posters plastered along London’s bus routes in 2002 to assuage riders’ crime fears. But the posters are having the opposite effect on privacy advocates, who say the artwork is creepily reminiscent of the all-seeing authority described in George Orwell’s 1984. The posters show a red double-decker bus crossing a bridge as four floating eyes stare down from the sky. The eyes’ pupils are the symbol of Transport For London, the city’s mass-transit provider.
Interesting to note that in 1998, artists Jones and Ginzel were commissioned to install an artwork project – entitled “Oculus” in the Chambers Street / World Trade Center stations in New York City.

301 mosaic eyes were installed, on floors and walls – including a large glass and stone ultra-marine coloured vortex with an eye in the centre as the centerpiece.

It just so happens that the Oculus “mosaic” was “[c]ommissioned by the Metropolitan Transit Authority in 1993.“

Those who have passed the 101 of Illuminati symbolism know that the All-Seeing Eye is probably its most recognizable symbol. This symbolism seems to have evolved into a a kind of “signal”, flashed by the artists who have been initiated into the select circle of “Illuminati” pop stars. Ironically, in today’s culture, the Illuminati all-seeing eye isn’t watching you, rather you are watching it.
It doesn’t stop there. It is infiltrated with false religions. Here we see a Cardinal priest wearing the eye in a pyramid with the blazing symbols around it on his headpiece. In the second image, he wears the Eye of Horus surrounded by the sun on his headpiece. 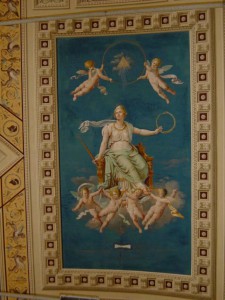 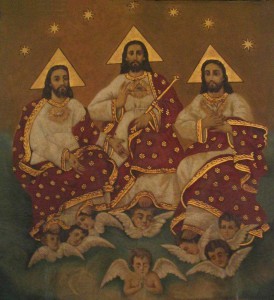 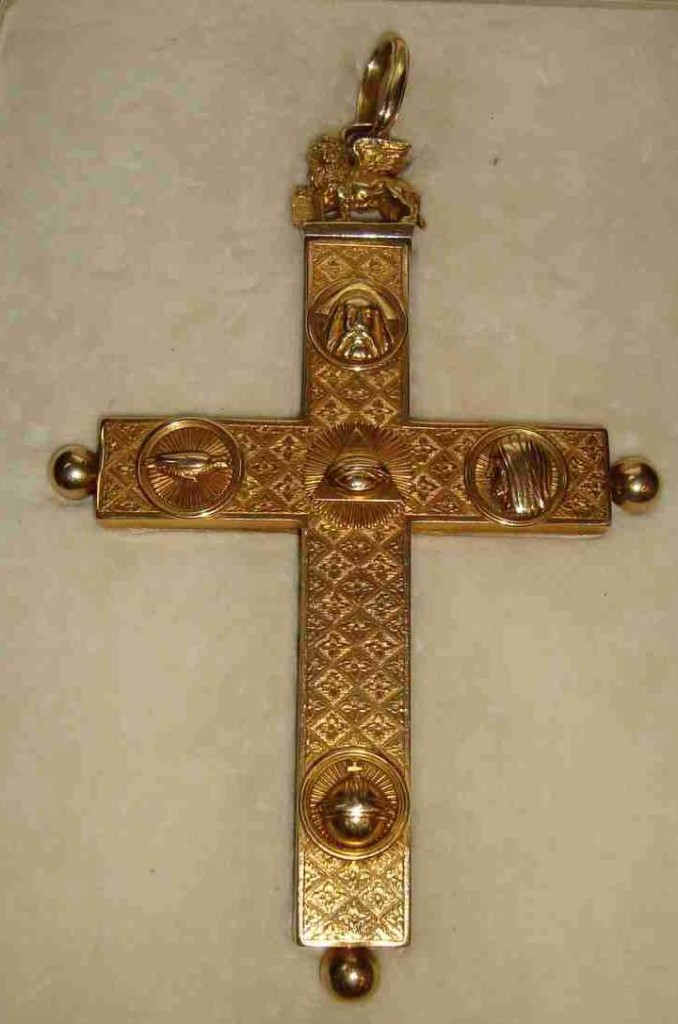 Triangle and Horus eye in Vilnius

Eye of Osiris is found on this Roman Catholic pulpit in Paris, France.